Please feel free to check out a recent paper by Jonas, titled “The Idea of a Philosophy of History” and published in Rethinking History in January 2018. 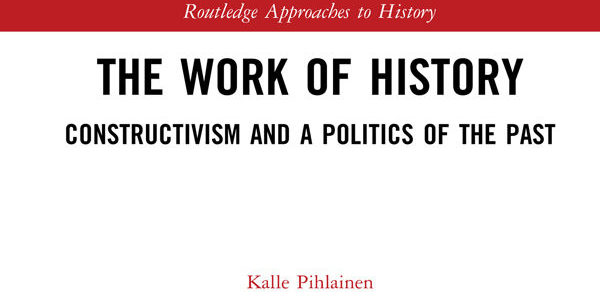 Kalle Pihlainen’s book The Work of History: Constructivism and a Politics of the Past has come out with Routledge at the end of 2017.

The Work of History

Since the appearance of Hayden White’s seminal work Metahistory in 1973, constructivist thought has been a key force within theory of history and has at times even provided inspiration for historians more generally. Despite the radical theoretical shift marked by constructivism and elaborated in detail by its proponents, confusion regarding many of its practical and ethical consequences persists, however, and its position on truth and meaning is routinely misconstrued. To remedy this situation, The Work of History seeks to mediate between constructivist theory and history practitioners’ intuitions about the nature of their work, especially as these relate to the so-called fact–fiction debate and to the literary challenges involved in the production of historical accounts. In doing so, the book also offers much-needed insight into debates about our experiential relations with the past, the political use of history and the role of facts in the contestation of power.

The ReThink team was well presented in the Role of the Philosophy of History conference as Jouni-Matti, Kari, and Ilkka were the event’s organisers.

Kalle and Jouni-Matti were also panelists (the third panelist being no other than Frank Ankersmit) in the Friday evening’s panel discussion about the Role of the Journals of Philosophy of History.

A paper by Virta, Puurtinen and Pihlainen, published in Finnish in the journal of the Finnish Historical Society in 2016 and about multidisciplinary expertise in history, is now available online. Please see the English abstract below.

Thousands of experts work in the field of history, yet there is no comprehensive view available of what history expertise might be. In this article, we tackle this question of historians’ expertise from the point of view of expertise research, theory of history and history didactics, suggesting that definitions of expertise in history and the development of history higher education can benefit from an approach spanning these different disciplines. Our attention is directed particularly at the specific characteristics of historical thinking and at what it is historians do. It is here that the aspects of history expertise that we feel demand increased attention in higher education are crystallized. We take expert historians to be someone who actively develops themselves in their thinking, actions and capacity to reflect on their profession. Their professional skills include the ability to pose questions central to their field of research, a well-structured knowledge-base, and the source-critical proficiency typical of an academic historian. Expertise in history is a complex issue, and one that necessarily needs to be examined in its specific sociocultural context.

Please view the recent article by Väyrynen (together with Ruuskanen), titled “Theory and prospects of environmental history” and published at Rethinking History (2017, Vol. 1., issue 4).

ReThink team member Jonas Ahlskog defends his doctoral dissertation titled “The Practical and the Historical Past: Four Essays on the Philosophy of History” on Friday 27 October, 2017 at 1 pm. The public defense takes place in the Armfelt auditorium at Åbo Akademi (Fabriksgatan 2, Turku).

The compilation thesis consists of four essays on the philosophy of history. The central question for all of the essays is how the picture of the past created by historians on the basis of evidence, i.e. the historical past, is related to our existential and ethical relations with the past. In recent philosophy of history, our existential and ethical relations have been conceptualised as a practical past wholly distinct from the historical past created by professional history. As a result, the practical past is construed as inherently instrumental, while our historical past is cast as an essentially alienated way of relating to the past.

The purpose of this thesis is to investigate and criticise the distinction between the practical and the historical past, and, concurrently, to show how our historical past involves practical relations and vice versa. This purpose is achieved by a philosophical analysis of two central concepts: the historical past and testimony. In the first two essays, the general topic is how the historical past necessarily relates to existential and practical concerns in the historian’s present. The second two essays on testimony, on the other hand, investigate the ways in which the historian’s picture of the past is, and is not, dependent on a particular social form of knowledge, i.e. testimonial knowledge. A more abstract way to describe the topics of the essays is to say that the first two essays are about existential and practical issues concerning meaning and understanding in history, and the two latter essays focus more on epistemological concerns about trust and the justification of belief in history.

In 2017, the ReThink team members will organize multidisciplinary panel sessions and symposia in conferences on history education, history, and educational sciences.

Below is a list of ReThink sessions in July-August 2017.

The Biennial Conference of the European Association for Research on Learning and Instruction (EARLI), August 29 – September 2, Tampere, Finland

About the picture: Most of the ReThink team members met in April 2017 for a spring-time get-together at one member’s summer house by the seaside. 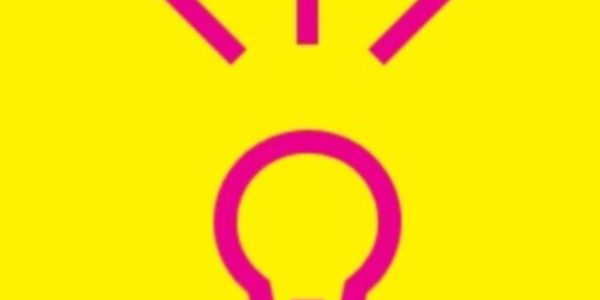 CFP: The Role of Philosophy of History

Conference at the University of Oulu, Finland, 5-7 October, 2017

Hosted by the Centre for Philosophical Studies of History, http://www.oulu.fi/centreforphilosophyofhistory/

It may also be argued that the philosophy of history and historiography are, and perhaps should be, uniquely placed with regard to the moral problems of contemporary society. Historiography deals with issues that are significant for the practical life of people in that it formulates conceptions of the past, laying blame and responsibility for some actors and proposing moral meaning for some events. How great a role should these kinds of moral concerns be given in philosophical studies?

The conference The Role of Philosophy of History is linked to the editorial transition of the Journal of the Philosophy of History (http://www.brill.com/journal-philosophy-history) to the University of Oulu. Related questions are therefore: What kinds of research should be published in the journal? Where should the journal and the discipline now be directed?

Please send an abstract of a maximum of 300 words to Ilkka.O.Lahteenmaki@oulu.fi by 1st May, 2017. Notifications of acceptance will be sent by 1st June, 2017.

Please make note of recent introductory works on historical theory and philosophy of history (in Finnish), edited by Väyrynen and Jarmo Pulkkinen.

Philosophy of History. Classical Thinkers from Antiquity to Foucault (2015, Vastapaino). The book includes chapters by Väyrynen.

Theory of History. From Linguistic Turn to Possible History (2016, Vastapaino). The book includes chapters by Väyrynen, Pihlainen, Kuukkanen, and Lähteenmäki.