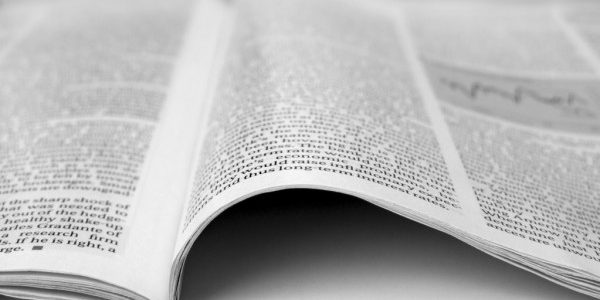 Please feel free to check out a recent article by Mikko Kainulainen, Marjaana Puurtinen and Clark A. Chinn, published in the Proceedings of the 16th International Conference of the Learning Sciences 2022, via this link.

Abstract: Developing and applying epistemic ideals or criteria is a core component of epistemic practices. In history education, epistemic criteria have been included in approaches to teaching history as well as in theoretical frameworks for investigating the learning and understanding of the domain. One justification for these frameworks is in the epistemic practices of expert historians; however, empirical evidence about historians’ epistemic criteria is scarce. Thus, we set out to explore epistemic criteria historians use to determine quality in their own and others’ work through an analysis of interviews with 26 Finnish historians. We identified over 80 criteria that we placed in categories such as internal characteristics of works; connections to past and present knowledge and practices; connections to future knowledge and practices; proxies; connections to non-epistemic use; and emotions. These findings open up possibilities for better developing criteria in history education and considering their connections to those of experts.

Please check out a recent open-access publication by Mikko Kainulainen, Marjaana Puurtinen and Clark A. Chinn, published in Historical Encounters in 2022 (click here to see the article).

Abstract: Many recent approaches to history education—such as ones related to historical thinking, historical reasoning, or inquiry-based learning—have brought the practice of historiography (i.e. historical research and writing) to the center the learning about history. Students are to learn about how historical knowledge is constructed, and this is often pursued by instructional methods such as modeling or simulating expert historians’ practices in classrooms. In this paper, we approach historiography primarily as an epistemic practice that shaped in part by (historians’) aims or goals.  Understanding those aims can contribute significantly to our understanding of the historical inquiries that ensue. Yet education has not made these aims a central focus of research or instruction. Therefore, we explored academic historians’ aims in their practices of historiography. We interviewed 26 Finnish historians about their ongoing research endeavors. Our results display a range of aims in academic historiography, including general epistemological concepts (e.g. knowledge), dialogical aims (e.g., question existing ideas), textual products, dissemination (e.g., popularizing), bringing about societal change (e.g., influence sense of possibilities), connection to present, and emotions. These findings improve our understanding of the diversity of historiography as an intentional practice, and thus provide a better ground for developing the kind of history education that builds on historians’ practices.

Please check out the recent paper by Natan Elgabsi, published in Social Studies of Science in December 2021 (link to journal website).

Abstract: This study takes off from the ethical problem that racism grounded in population genetics raises. It is an analysis of four standard scientific responses to the problem of genetically motivated racism, seen in connection with the Human Genome Diversity Project (HGDP): (1) Discriminatory uses of scientific facts and arguments are in principle ‘misuses’ of scientific data that the researcher cannot be further responsible for. (2) In a strict scientific sense, genomic facts ‘disclaim racism’, which means that an epistemically correct grasp of genomics should be ethically justified. (3) Ethical difficulties are issues to be ‘resolved’ by an ethics institution or committee, which will guarantee the ethical quality of the research scrutinized. (4) Although population genetics occasionally may lead to racism, its overall ‘value’ for humankind justifies its cause as a desirable pursuit. I argue that these typical responses to genetically motivated racism supervene on a principle called the ‘ethic of knowledge’, which implies that an epistemically correct account has intrinsic ethical value. This principle, and its logically related ideas concerning the ethic of science, effectively avoids a deeper ethical question of responsibility in science from being raised.

Jonas Ahlskog & Natan Elgabsi: “Doing Justice to to Experience: Relations to the Difficult Past in History and Memory” (237 600 e)

The Academy of Finland awarded ReThink member Marjaana Puurtinen with Academy Research Fellow funding (450 000 e) for her project titled “Eye on History: How Experts and Novices Deal with Visual Representations of the Past”. Several other ReThink members will act as collaborators during the five-year project.

The “Eye on History” project studies how historians, history students and history enthusiasts view practices of historical research and of presenting the past in non-textual contexts. In practice, eye-tracking methodology is used to study how history workers and consumers interpret the past in images, virtual environments and historical milieus. The project collaborates with three Finnish history museums and science centers as well as with a historical society, and empirical materials collected according to the research tradition in educational sciences will be also used for theoretical reflection on history. The project provides research-based information on the various ways of interpreting the past in visuals and supports the development of history education in different types of learning environments from schools to museums. Results are also expected to encourage public debate about the diversity of conceptions of history and their impact on interpretation.

Abstract: Historical consciousness is regarded as an important means to stimulate moral citizens through history education. This article conceptually examines the moral dimension associated with historical consciousness by revisiting the paradigm wars between natural science based on positivism and human and social sciences during the 1960s–1990s as expressed through the voice of Gadamer. More specifically, the article explores: (1) the moral arguments that Gadamer put forward for introducing historical consciousness and (2) the epistemological and ontological building blocks for approaching morality in history education that his arguments brought to the fore. In general, moral consciousness in relation to historical consciousness draws attention to: (a) people’s life conditions, (b) that moral reasoning and practice are influenced by feelings and reason, (c) that reflections on past events can help to interpret our ways of being towards others in the present and future, (d) that a plurality of people, thoughts and history are important to acknowledge and (e) that every person is part of creating history and responsible for weaving the past/present/future web in ways that acknowledge others.

Silvia Edling, Heather Sharp, Jan Löfström & Niklas Ammert (2020) Why is ethics important in history education? A dialogue between the various ways of understanding the relationship between ethics and historical consciousness. Ethics and Education, 15(3)
https://doi.org/10.1080/17449642.2020.1780899

Abstract: In light of current tendencies, where appreciating plurality and uphold everyone’s equal value is being questioned from different directions, there is arguably a need to revive the ethical dimension of history education as a way of learning about difficult histories, including traumatic pasts. Since the 1970s historical consciousness has played an important role in articulating an approach to history with an ethical mindset. Although many theories suggest that there is a connection between ethics and historical consciousness, a deeper understanding of this link is generally absent. This article discusses selected key texts by major researchers in the field, namely Rüsen, Seixas and Morton, Chinnery, and Simon. Their texts reflect four different perspectives, which, in this article are kept in dialogue with one another as a way of stimulating and sharpening ethical understanding and judgement in history education through the theoretical toolbox offered. 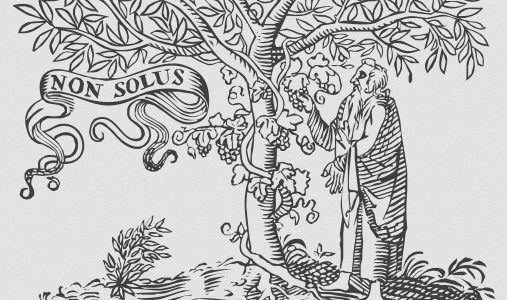 Please check out the recent theoretical paper by Mikko Kainulainen, Marjaana Puurtinen and Clark Chinn, published in International Journal of Educational Research in fall 2019, via this link.

Mikko Kainulainen (University of Turku) visited the Graduate School of Education at the Rudgers University (NJ, USA) in 2018-2019, supported by a six-month Fulbright scholarship. Mikko was hosted by his close collaborator, Prof. Clark Chinn. Read more about Mikko’s visit from this news article on the Graduate Schools’ website.